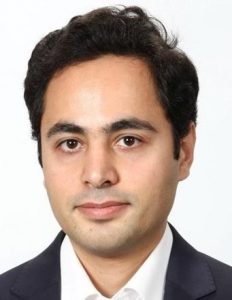 Ehsan Sherkat was born and grew up in the historical city of Isfahan, Iran. He received his B.Sc. and M.Sc. degrees in computer software engineering from University of Isfahan and University of Tehran, respectively. Ehsan started his PhD degree in the faculty of computer science at Dalhousie University in  2015. His research area is at the intersection of Machine Learning, Natural Language Processing, and Interactive Visualization, aiming to make the algorithmic results of mining large text corpora accessible to experts in the application domain, such as medicine and law. An outcome of his collaborative research is a software system to allow emergency room physicians to efficiently consult radiology reports in a high stress context and help decide whether immediate action is required. Ehsan’s academic research is of the highest calibre, evidenced by getting the best student paper award from the ACM Intelligent User Interfaces 2018 conference, which is an A-rank international conference in his area of research. Moreover, Ehsan has been an active volunteer both within and outside the University. He provided his time and expertise to other students in his lab, took initiatives that help the common good, served as a PhD student representative for Dalhousie Computer Science Graduate Society (CSGS), helped plan and organize several CSGS events,  volunteered in the Halifax Film and Jazz Festivals,  and the top international conferences SIGKDD 2017 and ACM IUI 2018.