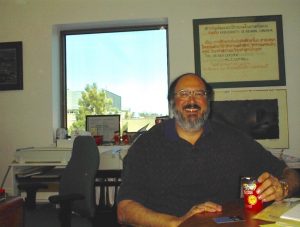 “Nick was a wonderful man.  He helped so many people.”

“Nick was such a kind and selfless man.”

Over a career spanning four decades, Nick Cercone made many significant contributions to several fields, including artificial intelligence, data mining, knowledge representation, and computational linguistics.  His achievements and his service to the computer science community were recognized by lifetime achievement awards from both the Canadian Artificial Intelligence Association/Association pour l’intelligence artificielle (CAIAC) and the Canadian Association of Computer Science/Association informatique canadienne (CS-Can-Info-Can) in 2015.

The purpose of this short piece, however, is not to praise his academic and research achievements; it is, rather, to try to capture the essence of the man, which, I suggest, can be summed up in his humanity.  Nick was, in short, a big man (physically) with a very, very big heart.  At the Celebration (see note 1 below), speaker after speaker spoke about the contributions that Nick had made to their own lives and to the larger community.  He was a loving and generous man of great humanity who delighted in helping others; he was generous with his time; and he never took himself too seriously.

After completing his doctoral work at the University of Alberta, he began a Canadian odyssey that saw him cross the country: first in British Columbia and at Simon Fraser University (SFU); then leadership positions at Regina, Waterloo and Dalhousie; and a final stop at York University in Toronto.  In virtually every setting he left a visible legacy, not least in terms of people.  Thus at SFU and Waterloo he did a lot of outstanding faculty recruitment, and that work is reflected in the strength of those departments today.

Nick was a consummate and inveterate networker.  While at SFU he was conscripted by Dr. Pat McGeer, a government minister, to write the terms of reference for the proposed BC Advanced Systems Institute (ASI).  McGeer wanted to house the top researchers in a new institute in Vancouver, but Nick convinced him to distribute ASI and significant funding among the three BC universities.  The three CS Departments were the immediate and lasting beneficiaries of Nick’s vision.  Here, as many times later, the combination of his warm personality, creative intelligence and tireless efforts made good things happen.  Above all, he was a builder and a doer.

His networking skills were evident all through his career, not least in his later years at York, after he stepped down as Dean of Science for health reasons.  Most recently, he had been the Principal Investigator at the Centre for Innovation in Information Visualization and Data Driven Design (CIVDDD) at the Lassonde School of Engineering.  He had the ability to bring university and industry people together in a common project, which he animated every step of the way; his commitment and determination convinced others to join the team, not least because he persuaded them that he cared deeply about the project and about them as people.  In his last year, during which he spent increasing amounts of time in Toronto General Hospital, he created and launched the Big Data Research, Analytics and Information Network (BRAIN) Alliance, which has wide university representation and private- and public-sector partners.  Nick was wonderfully persuasive when he got the bit between his teeth, not least because he never saw himself at the centre of these initiatives, albeit he was clearly the pivot of the ventures.

Nothing gave him greater satisfaction than the development and ultimate success of his many post-docs and graduate students: he had a deep passion for nurturing emerging research talent.  He was an inspiring, supportive and caring mentor and supervisor for whom absolutely nothing was too much trouble.  The speakers at the Celebration, many of them former post-docs or doctoral students, spoke eloquently about his unselfish devotion of his time and energy to their personal needs and about their obligation to carry on his legacy.

Much of his late work was preoccupied with big data, in particular, eliciting useful knowledge and information from big data in health care.  He never lost his special sense of humour and frequent mischief—for him, fun always accompanied work—and never became preoccupied with his own personal challenges when he could help others and solve their problems.   Time and again, he gave everyone his time and experience, in a completely unselfish manner.

One anecdote will illustrate Nick’s humanity here.  It was related at the Celebration.  It concerns the postdoc of a colleague of Nick when he was in Regina.

A few days before the end of his contract, (the post-doc’s) supervisor told him that there was no more funding for the project, and that he would not be hired the next month.  There were only three days left before the end of the month.  His work permit would also end soon: if his contract was not renewed, he would have to leave the country.  He was desperate; he had his family with him.  Without much hope he sent Nick an e-mail at 9:00 p.m, telling Nick his urgent situation, and asking whether he could become Nick’s postdoc.  His friends told him that Nick was very busy and wouldn’t have time to respond to his e-mail.  But around 9:00 the next morning, Nick replied, and (the man) was hired as Nick’s postdoc.  In their first meeting, Nick told him: “The first task I give you is to enjoy life: the second task is to do research.”

[1] I first met Nick Cercone in the 1980s in B.C.  I was, in his words, his “boss” while he was Dean at Dalhousie, and we interacted a lot in Toronto from 2007 onwards.  Aijun An, Randy Goebel, Gord McCalla and I organized the Celebration (see next note) and the fundraising for the Cercone Scholarship.

[2] These two epigraphs are taken from e-mails I received in the period immediately following Nick’s death.  They capture much of the comments offered at the Celebration Of Nick’s Life and Career held in Toronto on January 23, 2016.